That’s a name everyone in the United States should know.  We here at Lawyers on Strike wrote about her six months ago wondering what, if anything, would be done to follow up on a tragic story that would seem to warrant a lot of serious questions.

I mean, the woman was shot to death in the nation’s capital by police while she drove in her car and apparently made a wrong turn.  She had her one year old child strapped in the back seat.

First, let’s connect a face with the name: 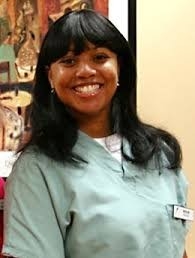 Then, do you remember the saturation coverage the incident received at the time?  That is, as long as an approved, feeding-frenzy type narrative was in play – our institutions under attack by terrorists or extremists.  When the narrative failed, the story disappeared.  The media lost interest.

This post is not about the police, who do dumb things sometimes just like the rest of us.  This is about the media.  And the elected officials who mindlessly seek political advantage out of tragic circumstances, oblivious to the grim, human reality underneath.  And then the indulgence of them by a media that has no interest when a story doesn’t fit into an approved narrative.

Read the only follow up news coverage, from the online WorldNetDaily.  The fatal wound was apparently to the back of the head.  The “investigation” has taken six months so far and no conclusions have been reached.  No one, other than a lawyer named Sanders, is pressing for any answers.  No one, other than WND showed up at a news conference dealing with the case.

The whole episode is instructive.  The police, of course, are the initial sources of all “information”.  It turns out all of the information was wrong.  She wasn’t trying to crash into the capitol building; she wasn’t “mentally ill”; perhaps most importantly, she wasn’t a threat to anyone.  She was apparently shot to death for no good reason.

A tragic fuck up by the police.

It is to be hoped that the police will be held accountable civilly, not criminally, since this really doesn’t seem to be a case of criminality on their part.  This part is lawyer’s work.  And it’s important work, because maybe after it costs officials a few million dollars they won’t be so quick to pull the trigger.

But it would also be nice if the media and the elected officials could be held accountable for their inexcusable negligence in applauding a beautiful young mother being shot to death and then for doing their best to smear her, adding cruel insult to even crueler injury.  Not sure how that could be done, but an article or two on WND and a little opinion piece over here at Lawyers on Strike doesn’t cut it.

Even so, John Boehner, Steny Hoyer and Eric Cantor all owe the Carey family an abject and very public apology.